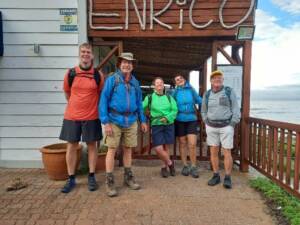 The spectacular Garden Route coastline is well known for its pristine beaches and its rugged rocky outcrops. The 10km section from Keurboomstrand to Nature’s Valley is seldom done in its entirety, since there is a section in the middle where the sandy beaches end, the route becomes very rocky, and it runs into a sea cliff. This route has the unique feature of a cave that enters into the cliff for quite some distance, before exiting into the sea for a brief swim (or wade if you are lucky) to easier rocks. This section is best attempted when it is spring low tide, and the ocean swells are not too big. This cave is known as ‘hondhuilgat’ for the simple reason that it would be a rare dog that could be easily enticed through the cave and out into the sea, when the easier ground cannot be seen. Ek kan die hond hoor tjank.

The journey through the cave is quite dark and slippery, so a torch is handy. It is advisable to waterproof your rucksack to exit through the sea. It seems best to waterproof the contents inside the rucksack. Alternatively it is possible to put your rucksack in a big plastic bag, but it is so easy to rip the bag on the sharp rocks and mussle beds. There are also spiky sea urchins to avoid. We were fortunate that the waves were small. The next day I was in Plettenberg Bay and noticed that the waves were really huge, since the cold front had just passed.

After the cave section there is a long section of spectacular rock formations and cliffs. There is plenty of boulder hopping and rock scrambling before getting to Salt River, which is a short hop from Nature’s Valley. On this part there are several rock challenges that need to be done before the incoming tide gets too high, so our rest breaks were quite short.

The overall route can be done comfortably in 6 hours. The route has the advantage of starting at Enrico Restaurant on Keurboomstrand (closed when we started) and finishes at the Nature’s Valley Restaurant/Cafe. After the trip you have the choice of either restaurant for refreshments.

Doing the route in reverse is an option, and just as pleasant.

The pics below are shown in sequence from Enrico Restaurant to Salt River crossing. 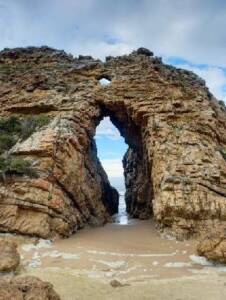 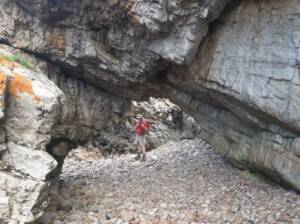 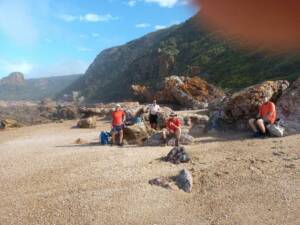 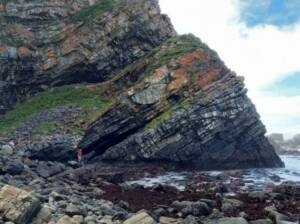 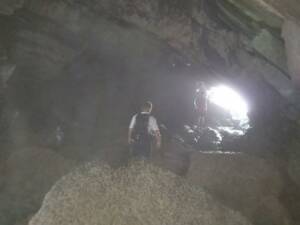 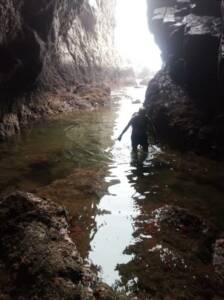 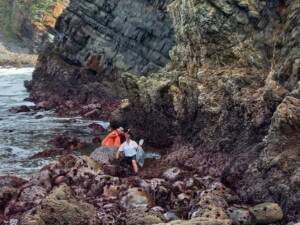 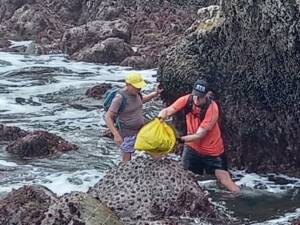 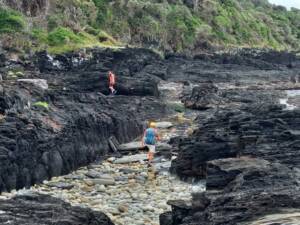 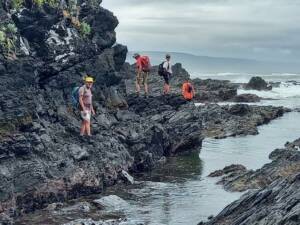 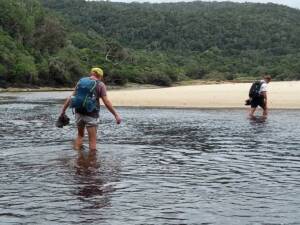