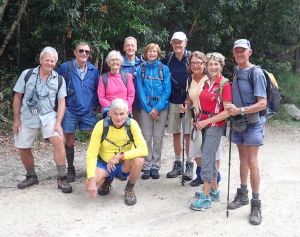 Thanks to Nicky v Berkel who took the group picture at the start but did not join the hike, engaged on a botany excursion.
Thanks to Fred v Berkel for supplementary pics.
The hike starts at Jubilee Creek and proceeds along the Outeniqua trail in the reverse direction. The initial part is through magnificent indigenous forest, unaffected by the fires which raged through the area. 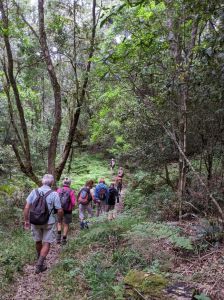 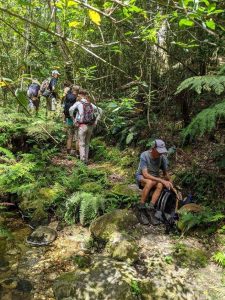 Once we exited the indigenous area after about 4,5 kilometres and reached the former plantations the devastation was plain to see. There is ingress of aliens, quick to exploit the opportunity resulting from the fire damage. 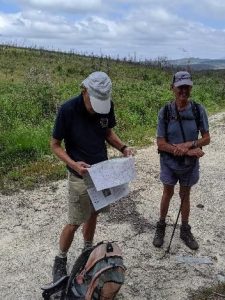 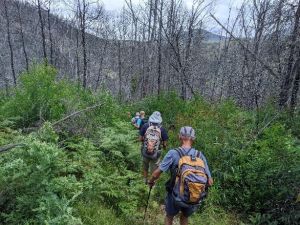 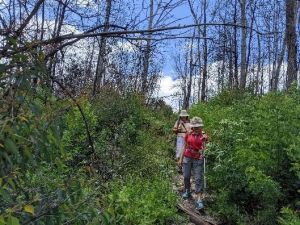 Some of the logs placed on the pathway to control erosion have been reduced to charcoal. It is also evident that relatively few hikers have made use of this section of the trail between the Platbos and Millwood huts. 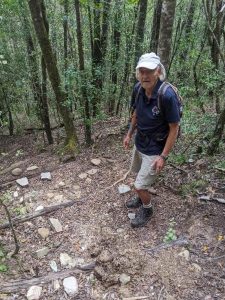 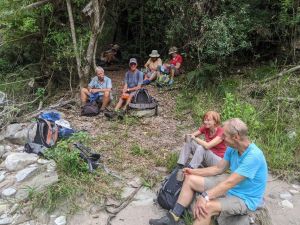 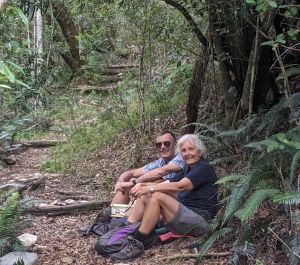 The Homtini was flowing strongly, so none of the party made the crossing using the fixed rope. We decided to have a lunch break on the eastern bank. Fortunately, it is possible to access a pool from this bank, and three of the party braved the cool water. 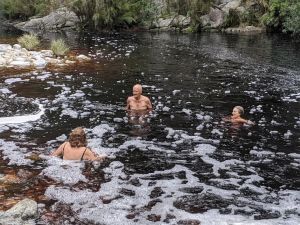 At the conclusion of the hike back at Millwood, some of the party stayed on at the picnic site for a braai. It was most enjoyable in warm sunshine, the first of the day.
The hike distance was just over 14 km.