Most members of our section are familiar with the “Doringrivier Circuit” hike, shown in the image below in yellow. Today’s hike started in the same way, but instead of turning north to cross the Groot Doringrivier we turned south. From here we were off path and exploring an unknown route to the peak hosting a trig beacon marked on the official survey map as 3322-187. 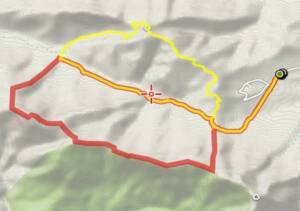 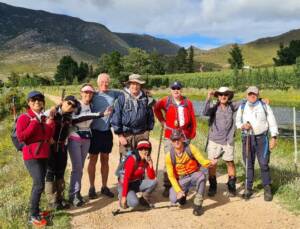 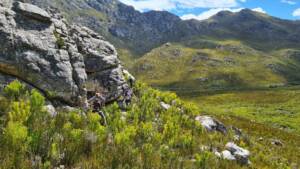 Once off the jeep track, the going was tough all the way: the fynbos was thriving even on the north facing slopes; the terrain underfoot was broken and rocky; and there were frequent scrambling obstacles. 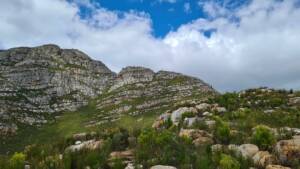 After topping several false peaks, we were able to see more detail of the route to the peak. While the clouds looked threatening, the weather remained in our favour all day. 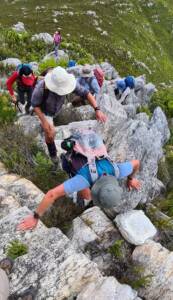 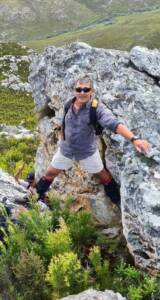 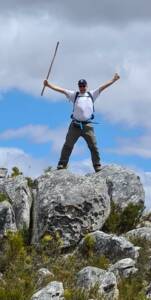 On the way up, sprits remain high! 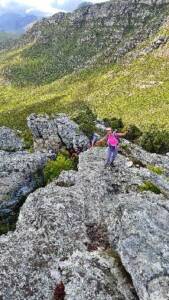 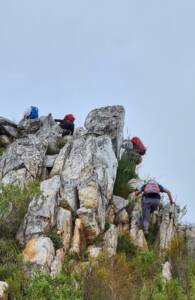 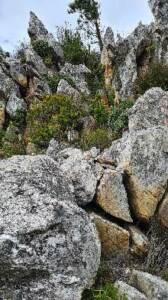 Due to the thick bush, we chose rocky routes wherever possible. 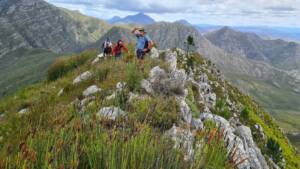 The last false summit, leading down to a “chasm” before the final peak. 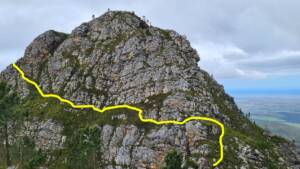 View from the last false peak, across a “chasm”.

(While the direct ascent looked interesting, we chose a safer option shown in yellow.) 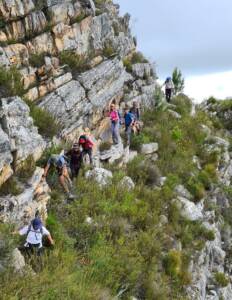 After crossing the “chasm” we traversed along a sloping ledge above cliffs, keeping well away from the edge. 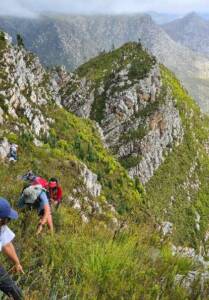 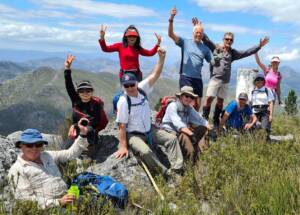 ……followed by short scramble to the beacon. 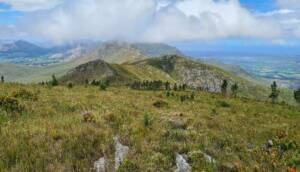 We had now gained the main ridge and looked eastwards towards our return route. This would take us all the way along a superb ridge with 360 degrees views to the point of descent. 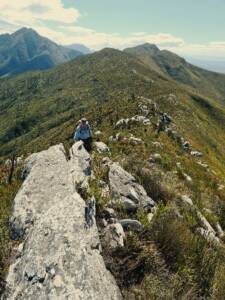 Looking back on our route, with Skurweberg in the distance. 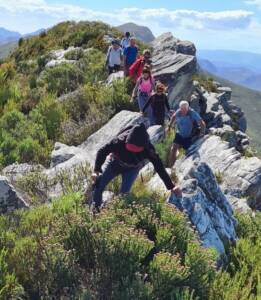 The ridge alternates between rounded hills and rocky knife edges. 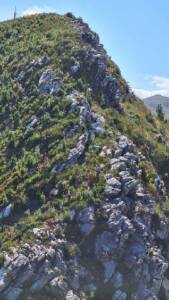 Finally, we make Teewaterberg and begin the descent to the jeep track.
Statistics: 18 kms, 10 hrs, total climbs 1289m.
Grading revised to 3H from the anticipated 2M.

Afterthought: The peak’s trig beacon reference is 3322-187 but its popular name is unknown (if it has one). Consulting the official survey map shows that directly beneath the peak on the south side is an ancient forest named Heynssebos. From this derivation it seems appropriate to refer to the peak as..… 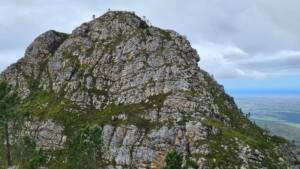